Bat-friendly lighting is installed along a thriving Worcestershire riverside to minimise disruption to the feeding patterns of a rare bat colony.

Best known for its magnificent red sandstone cathedral and world-renowned porcelain, the ancient city of Worcester, is also home to a rare species of bat, known as the lesser horseshoe bat.

This species has seen a decline in numbers in recent years and is now limited to Wales, Western England and Western Ireland, Worcestershire is near the northern edge of this species’ global distribution.

An ecology survey revealed that the vulnerable species were roosting near Worcester Cathedral alongside the River Severn, a popular stretch of the riverside used by pedestrians, cyclists and commuters.

Sadly, roost monitoring revealed the horseshoe bats, a species notably sensitive to disturbance and intolerant of strong lighting, were decreasing in numbers.

Worcester City’s historic waterfront has benefited from significant investment and regeneration in recent years, including improved surfacing to the pathways and new mains powered bollard lighting. As well as being a great piece of green infrastructure the upgraded route makes for thriving commuter access for people living on the west bank of the river to walk or cycle into the city.

Local ecologists revealed that the lighting was impacting the bat’s ability to feed amongst nearby vegetation and safely return to their roost under the cathedral.

Worcestershire County Council recognised they had a legal¹ and moral obligation to protect the rare bat species² whilst maintaining a safe and attractive public environment. The decision was therefore made to create a ‘dark corridor’ outside the bat roost where the bollard lighting would be switched off during dusk and dawn to avoid disturbing the rare mammals.

In order to maintain a safe public space, the council then approached Solareye to install environmentally friendly solar ground lights (known as Solareye80) across the 60 metre dark corridor. Each solar ground light was fitted with a ‘Bat Hat’ specifically designed to reduce the upward light spillage thus reducing the potential impact on the rare bat colony. 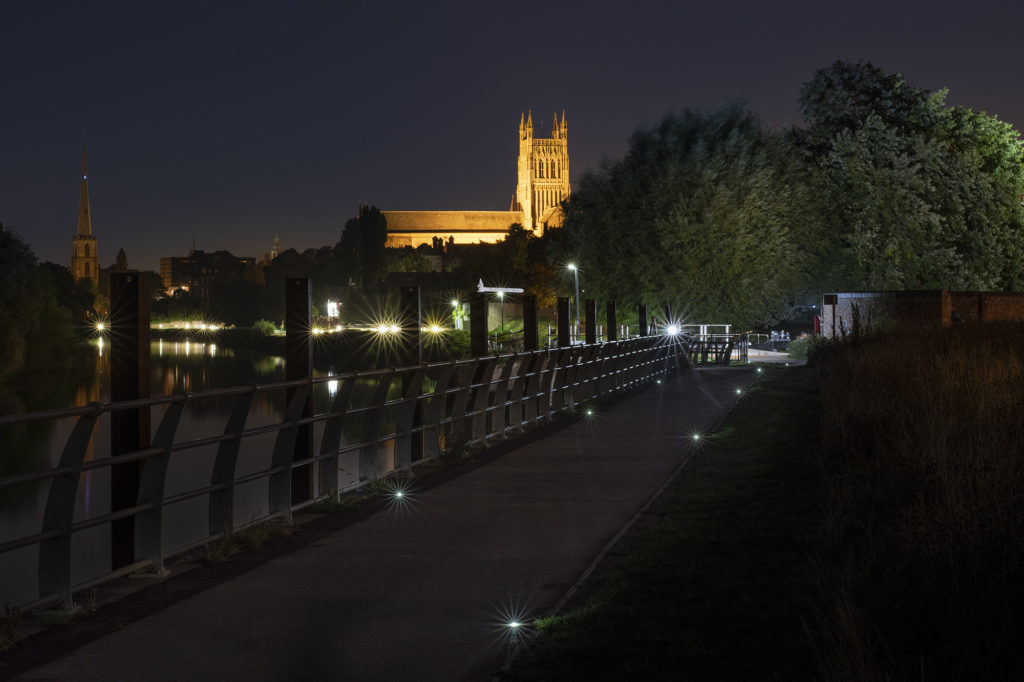 The solar powered LED delineator has been designed in the UK to provide wayfinding light and requires little to no maintenance, therefore providing a low cost effective solution. 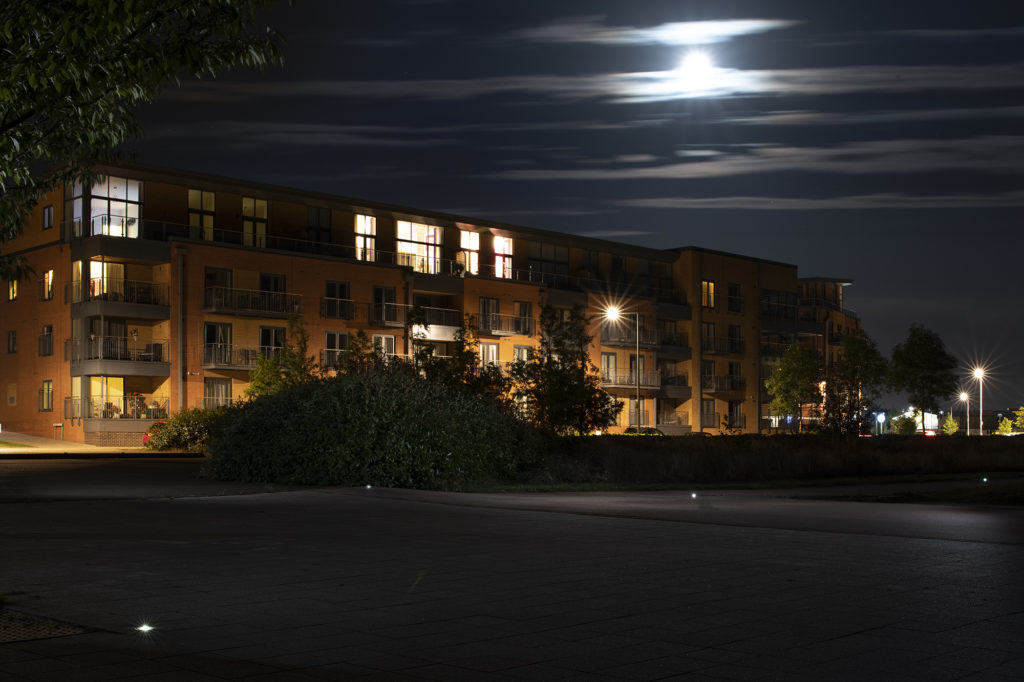 “A citizen science project organised by Worcestershire County Council and Worcestershire Bat Group has found a modest but positive trend in numbers within the colony.

Volunteer surveyors and professional ecologists count the bats as they emerge from their roost and forage alongside Worcester City’s beautiful riverside meadows. Pleasingly, the lesser horseshoe bats, alongside a wealth of other species, have been recorded exploiting their dark corridor and are now a regular wildlife feature to be found living alongside the City’s bustling evening commuters and sightseers.”

“The solareye80 are excellent value, simple and quick to install and being solar, do not require any electrical connections or power. They are also maintenance-free.

There was a initial concern over their recharge capacity, especially those that are set back under thick horsechestnut tree canopies, but two years later, they are still going strong!

The solareye80 caught the attention of a Development Control Colleague, who recommended their use to a Developer. As a result, they have also been installed further along the Riverside at the Dig/is Oil Basin housing development.

The solareye80 are virtually invisible during the day, are very robust and become a feature at night-time, lighting the walkway between the trees and the River Severn. We would highly recommend solareye80 and will certainly promote their inclusion in further projects“

Want to find out more?

If you have an area that requires night time delineation or way marking, installation of the Solareye80 is:

To download this case study as a PDF click here. If you would like to find out whether Solareyes are right for your project please get in touch with our specialists by calling 0845 293 8062 or completing our online form here.

¹ Section 40 of the Natural Environment and Rural Communities (NERC) Act (2006) places a statutory duty for biodiversity on public authorities: “Every public body must, in exercising its functions, have regard, so far as is consistent with the proper exercise of those functions, to the purpose of conserving biodiversity”

² Lesser horseshoe bats are listed within Schedule 40 of the NERC Act as a “species of principle importance for the purpose of conserving biodiversity”. They have also been identified as a priority species within the Local Biodiversity Action Plan. Further legislative protection is extended by Schedule 2 of the Conservation of Habitats and Species Regulations, 2010 (as amended) and Schedule 5 of the Wildlife and Countryside Act, 1981 (as amended). Lesser horseshoe bats are also listed within Appendix 2 of the BERN Convention.

Find out more about the Lesser horseshoe bat and the legal protection they afford. 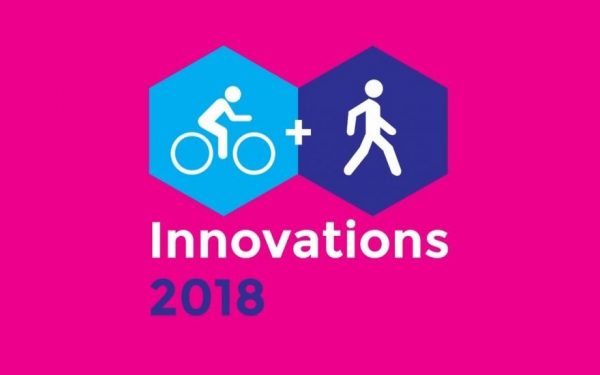