NB: This article featured within the July/August 2019 edition of the Lighting Journal published by Matrix Print Ltd on behalf of Institution of Lighting Professionals. For more information visit here

A solar powered ground lighting system designed by the Lakeside Group – is helping to protect a rare colony of bats in the Cathedral city of Worcester.

The lesser horseshoe bat, which has a population of around 15,000 in the UK, is an endangered species.

The grey-brown furry creatures are one of the smallest British mammal species, about the size of a plum with their wings folded.

Unusually, horseshoe bats are able to wiggle their ears – unlike other bat species – and locate the precise position of their prey.

But they hunt close to the ground, rarely more than five metres high, and often snatch their prey off stones and branches.

And nearby lighting can have an adverse impact on this sensitive species as they are intolerant to brightness, including light spill from artificial sources.

Bats have also been affected by a variety of other issues, such as increased urbanisation, agricultural intensification and the destruction of roost sites.

The horseshoe bats, which have been regularly monitored since 1999, are currently limited to Wales, Western England and Western Ireland.

This makes their population in Worcestershire, which is towards the northern edge of their range, more susceptible to change. 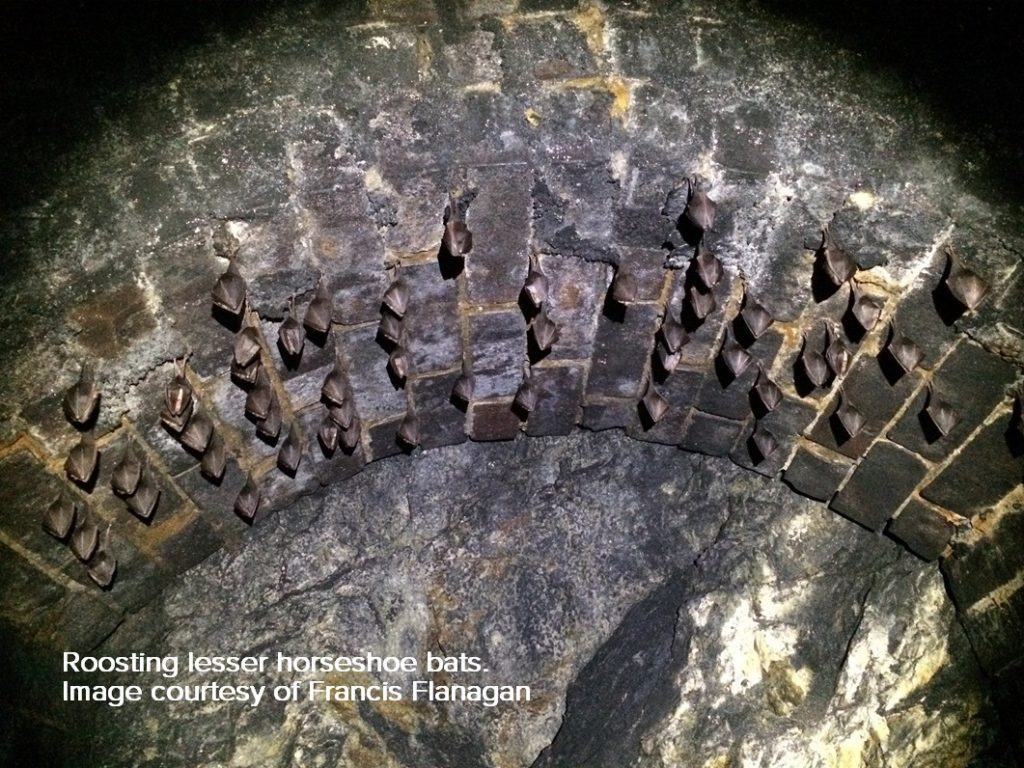 Cody Levine, ecology team leader at Worcestershire County Council, said: “Bats may not get the credit they deserve but they are an important group globally – keeping food cheap and chemical-free for us.

“They pollinate crops and manage pest control naturally by eating insects, potentially making significant savings for the economy each year.”

Bats are important pollinators for over 500 plants worldwide, including more than 300 food crops such as cacao and agave – used to make chocolate and tequila respectively.

They are able to carry a large amount of pollen on their face and fur as they fly through the night.

But pollinating is only part of their job. One bat can eat more than 600 mosquitoes in a single hour – around 3,000 a night. They also eat harmful beetles and other crop-decimating pests.

A study in the United States estimated that bats contributed around $20 billion to the economy each year through their pollination and pest control services.

Cody said: “Without bats, we could lose out on things like chocolate, cashew nuts and tequila – at least at the relatively affordable prices we are used to.

“As well as being pretty amazing animals in their own right, they make a massive contribution to our economy and ecology.

“If their numbers diminish, then I think part of our environment also diminishes. It’s vital we provide practical solutions for their conservation.”

Challenge to protect bats and the public

A new £1.8m pedestrian and cycle bridge over the River Severn in Worcester was officially opened in 2010.

The Diglis Bridge is part of the charity Sustrans Connect2 project, which was awarded lottery cash to improve transport in 2007.

It was around the time the feasibility work for the project was taking place that recordings of the very characteristic echolocation of the horseshoe bats was captured.

Volunteers from the Worcestershire Bat Group, a group of experienced ecological surveyors and wildlife enthusiasts, were surprised to discover horseshoe bats had made a home near Worcester Cathedral alongside the River Severn.

Further monitoring found the lighting there posed a barrier to the bats leaving their roost to access the rivers embankments and forage.

As Cody explains: “The previous lighting consisted of bollards which were thigh high and provided a strong upward illumination.

“It was not working for the nocturnal animals and drew some negative feedback from members of the public too.”

The Worcestershire Bat Group therefore contacted the county council to find alternative lighting to help the horsehoe bats, as well as benefitting other animals in the designated Local Wildlife Site (LWS).

The county council had to balance their legal and moral obligation to protect the bats, while maintaining a safe and attractive public environment.

The council initially took the decision to switch off the lighting bollards outside the bat roost during dusk and dawn to avoid disturbing the rare mammals.

But this created an unacceptable hazard to highway users and was not a long-term solution.

Cody added: “While nocturnal creatures prefer darker environments, a lack of lighting can leave an area prone to vandalism and people are less likely to visit at night.”

Cody then met the team at the Lakeside Group at a Lighting Symposium organised by the Bat Conservation Trust – and it was from the meeting that the solution to this challenge arose. The event was an opportunity for bat enthusiasts and bat workers to get together and share best practice, update their knowledge and develop their skills.

Upon discussing the project and the challenges it was posing around the bat population, he recognised the potential of using our solareye®80 solar-powered LED delineator product.

The Lakeside Group’s solareye®80 is designed to be light-weight for use on cycle-ways and pathways. As well as being ‘bat-friendly’ it offered the council the attraction of being easy to install, cost-effective, maintenance free, waterproof, vandal-proof and impact resistant.

The Lakeside Group, which was a finalist for the Family Business of the Year by the Federation of Small Business South West, has evolved over the years.

It is headed by brothers Scott and Simon Horne, along with their father, John, who still designs the solar products.

John started work with the manufacturer of traffic safety products in 1987. Following a stint working in the corporate world across Europe, Scott set up the Lakeside Group in 2008.

They continue to design new products and the solareye®80 was created in response to demand from various local authorities.

The solareye®80 was launched in 2014 at Intertraffic in Amsterdam in Holland and interest has since followed across Europe, the United States and the Middle East.

On top of this, we have a specially adapted product – the ‘Bat Hat’- specifically designed for conservation-sensitive areas. Also launched in 2014, the Bat Hat is a solar ground light that reduces upward light spillage by more than 95%.

Crucially, it maintains the same profile and night-time visibility for cyclists and pedestrians as the original solareye®80.

To date, Lakeside has seven years UK real time solareye®80 operational performance experience and both the LED signal and battery performance have lived up to expectations

Scott, managing director at Lakeside Group, who has been in the road safety industry for 24 years, said: “Once installed, they virtually look after themselves – even on the darkest of days.”

When the Lakeside Group learnt bats and their nocturnal friends often get disturbed by the upwards light spillage from artificial ground lighting, they decided to adapt the lighting for conservation-sensitive areas.

The Bat Hat is a solar ground light that has been designed to reduce upward light spillage by over 95 per cent.

The Lakeside Group team fitted each solar stud with a Bat Hat – reducing the upward light spillage and potential impact on the rare bat colony.

But the Bat Hat also maintains the same profile and night time visibility for cyclists and pedestrians as the original solareye®80.

John Horne, product development manager at the Lakeside Group, said: “Here at Lakeside, we love bats. We are grateful for their contribution to our environment and economy and are happy to help do our bit to protect these amazing animals.”

Kate Passant, project manager at Worcestershire County Council, said: “The lights are excellent value. They are quick and simple to install and, being solar, do not require any electrical connections or power. They are also maintenance-free.” 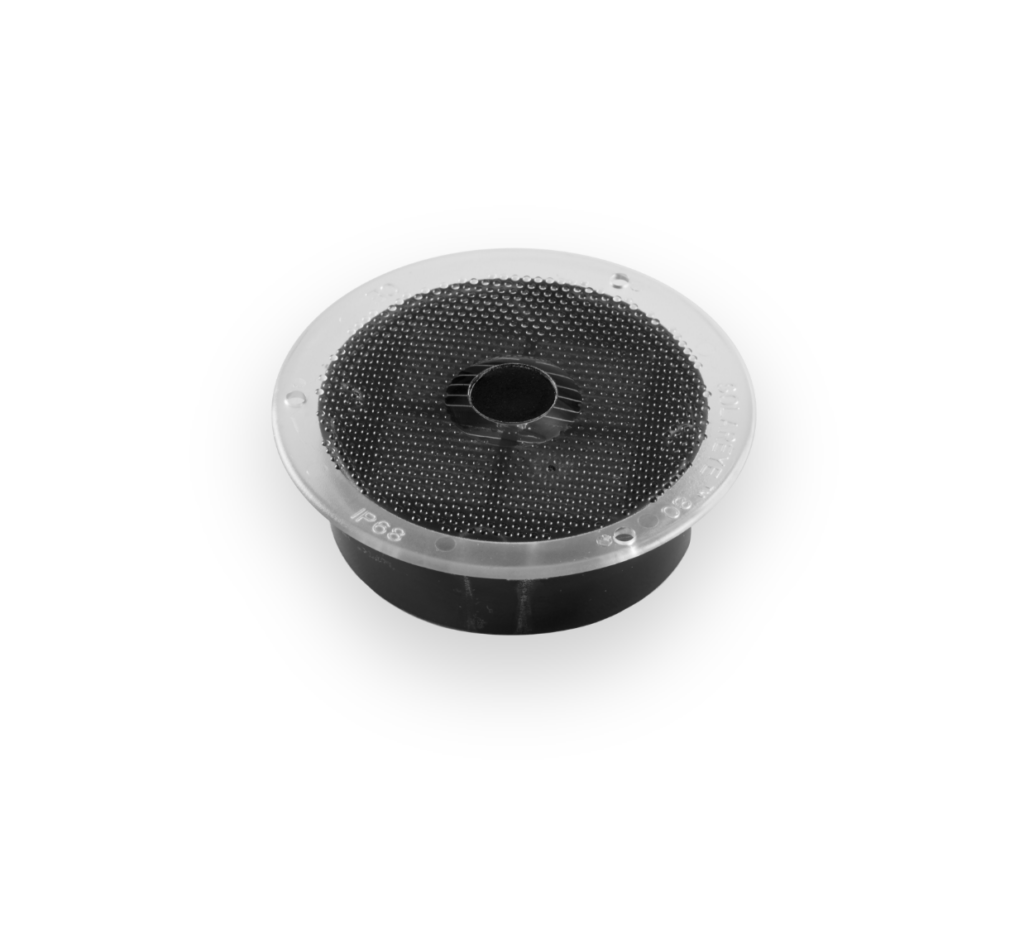 Benefits of the Bat Hat

A citizen science project organised by Worcestershire County Council and Worcestershire Bat Group has monitored the colony since 2010 while recognising data is not always clear-cut, the project has seen an upward trend in bat numbers.

Cody said there had been numerous benefits of the new lighting system, including:

He said: “Professional ecologists and volunteer surveyors have counted the bats as they emerge from their roost and forage alongside Worcester City’s beautiful riverside meadows.

“Since we’ve modified the lighting scheme, we’ve seen a generally positive trend for lesser horseshoe bats, alongside a wealth of other bat species.

“The lighting we have in place now is definitely a more suitable product – so much so that we have installed it a little further downstream again.

“Early results indicate the bats are now regularly using their ‘dark corridor’ to access the roost site, river embankment and riverside meadows beyond.”

Cody said the increase in numbers was not as fast as they would like and more work had to be done on a county, national and global level.

“Our wildlife is reliant on good urban planning and, fortunately, conservation is gaining ground across the UK’s planning system.

“Worcester itself is benefiting from a strong partnership of volunteers and professionals from many fields working together to make our environment better for wildlife and people. It’s a fantastic place to live and work, and to watch nature do its thing.”

Scott at the Lakeside Group added: “It’s great to be involved in this, especially how the evolution of the solareye®80 has become more conservation focused, in addition to its already green credentials.

“We plan to invest more in the product in order to develop it for this type of application across Europe and further afield.” 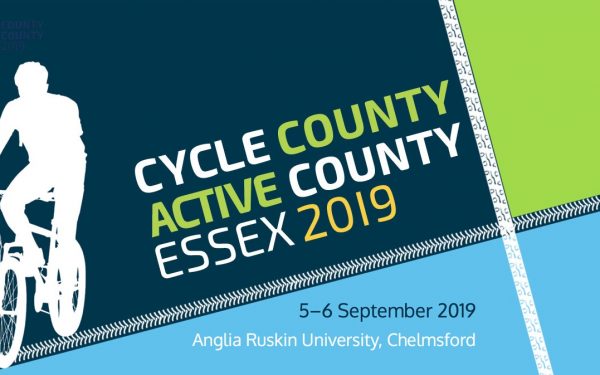